In 1997, Soprach received the bachelor degree in Chemistry at Royal University of Phnom Penh and he also gained the diploma in Demography from UNFPA/RUPP in 1998. While, Soprach got the diploma in Upper Secondary School Teacher, National Institute of Education in 1998.

On December 24, 2016, Tong Soprach was selected by The UC Award Committee as an Outstanding Graduate Alumnus Award among 15 graduate awardees and other 15 undergraduate awardees at The 2nd Annual Alumni Reunion on December 24, 2016. On the other hands, this is the first time that The UC offered this award to the Outstanding Alumni since the university opened in 2003.

Mr Tong Soprach fulfilled the four UC relevant criteria requirement [the impact during study and after graduated  Public Health degree from UC] of the Alumnus Award to be distinguished the ward 2016:

1. His Work and Current Positions: 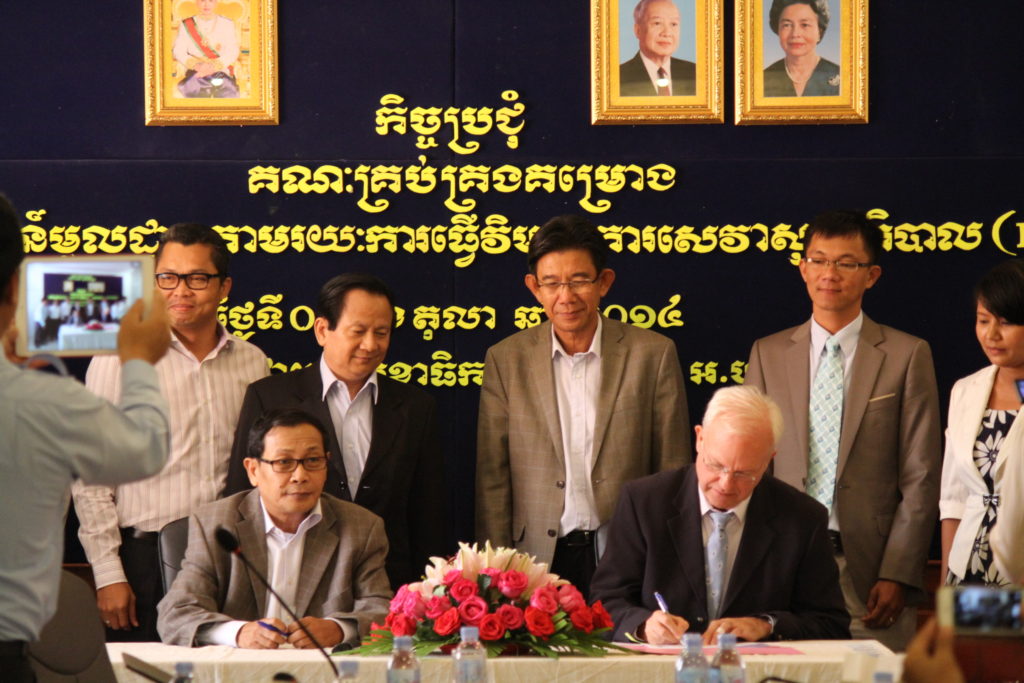 – The Washington Post Article: The country where Valentine’s Day is the most dangerous day of the year, By Terrence McCoy, February 12, 2015

International Relationship: UC has been introducing Tong Soprach to the globe through networking, workshop and international conference such as The European Population Conference, Liverpool, UK in 2006. After that he was selected by the UC committee as one of the Outstanding Young Leader Representatives for The 7th Asia Economic Forum in 2011 in Phnom Penh; and by continuing with UC/CSIS Young Leaders Non-resident fellowship; in June 2015, he was invited to attend the Forum on International Development Cooperation, WSD Handa Fellow/ Pacific Forum CSIS Young Leaders, Tokyo, Japan. Recently, on behalf of UC/CSIS Young Leader, he recently attended the 4th Myanmar-US/UK Nonproliferation Dialogue, Naypyidaw, Myanmar, December 5-6, 2016.

– 18-21 Nov. 2014:    Conference on the Beijing+20 of Gender Equality and Women’s Empowerment Review, Asia and the Pacific, UNWomen/UNFPA, Bangkok, Thailand.

– During and after graduating with a Master’s Degree in Public Health. Soprach build network with classmates and schoolmates to share knowledge and experience each others and keep in touch until now. Moreover, Soprach feels more confidence at work and to explore creative ideas. For example: “Study on Valentine’s Day” is from my own initiative which applied the lessons from UC.

‘- His career position is moving up to advisory group and top management and as Advisor/Manager. His English language skill also improved.

– His salary had increased five times compared to before entering school.His jobs had encouraged him to continue to study more at UC, now he is studying International Business major at School of Business. After that he is planning to pursue a PhD in Political Science.

– He is responsible to support my whole family. His two children are studying at International School.