A longitudinal quantitative study of the Experiences and Plans Of

This study seeks to answer the research question: “What plans do wealthier young people in Phnom Penh have for sexual activity on the upcoming Valentine’s Day?” This study follows up   on  2 quantitative studies conducted in 2009 and 2014, using a cross-sectional survey design with cluster sampling to survey wealthier young people aged 15-24 years old in Phnom Penh (N=1176) broken down by gender in four categories, with 502 males (42.7%) and 674 females (57.3%).

Here’s the full report with executive summary in Khmer version 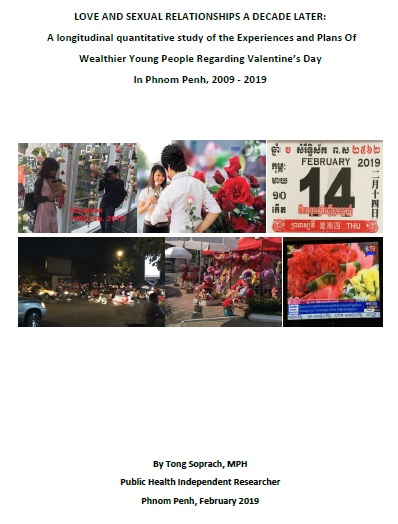